A lot of indoor plants have the characteristic of perishing once they have blossomed. And there are also some species of plants that don’t rebloom after blooming once.

So, if you like Bromeliads or have a Bromeliad plant, generally, you would be concerned to know whether or not Bromeliads lose life after flowering and if they don’t lose life, do these plants rebloom or not.

Therefore, to quench your thirst for knowing these factors, let’s read further to know the explanations.

Do Bromeliads Lose Life After Flowering? Do They Rebloom?

Bromeliad plants don’t lose life after blooming. Instead, these plants concentrate on energizing their leaves and roots after blooming flower fades away. And, the mother plant will not rebloom again because a Bromeliad blooms only once in its lifetime. But the pups will bloom once they are matured.

Will My Bromeliad Lose life After Flowering?

Your beloved Bromeliad pant will not lose life after fully blossoming with its flower.

It’s just completely a natural cycle of Bromeliad plants to turn brown, looking dull, and their petals to fall down after blooming fully. But a withering flower or a brown-looking plant doesn’t absolutely mean that your Bromeliad plant is about to lose life.

Therefore, your Bromeliad plant’s flower just starts to turn brown and fade away so that this matured plant can refocus its energy on the about to born pups.

So if you see your matured Bromeliad plant seems like drying along with its flower, don’t be nervous. It’s absolutely not drying, instead of getting ready for nurturing its pups.

Will My Bromeliad Bloom Again? Do Bromeliads Rebloom

Generally speaking, most of the species of Bromeliads will blossom only once in their entire lifetime. So there’s very little to no possibility that your Bromeliad will bloom again.

Because the Bromeliad plant is simply left with no room.

As a result, not only your Bromeliad plant but also most of the variety of Bromeliads never bloom again.

Also, know that a Bromeliad mother plant will never rebloom. Only the offsets it has produced, they will start blooming if you take care of the Bromeliad pups properly. However, in cases of some exceptions, it’s seen that only a few species of Bromeliads have rebloomed.

Do Bromeliads Only Flower Once?

Therefore, the space to produce new flower stem repeatedly becomes narrower, so the Bromeliads are unable to bloom except for one time.

What Seasons Do Bromeliads Bloom?

There is no specific season for Bromeliads to bloom. But typically, a Bromeliad plant blooms when it reaches maturity and that happens between the age of one to three years old. To simply say, Bromeliads bloom when they are at the age between 1 to 3 years old.

However, many cultivators don’t want to wait for that long time, so they just force a Bromeliad plant to bloom when it reaches one-year-old age or less than one year.

Also, Bromeliad owners have stated that they have seen their Bromeliad plant blossom during the warmer seasons.

How Do You Get Bromeliads To Rebloom?

You can’t rebloom a Bromeliad plant as it’s next to impossible for the majority of the Bromeliad species to rebloom. However, you always can force a Bromeliad/Bromeliad pups to bloom sooner. And below the ways are explained briefly.

An Apple In A Bag:

The easiest way of forcing a Bromeliad plant to blossom is the “an apple in a bag” method.

Buy a big and clear plastic bag without holes, then put the entire Bromeliad plant with its pot inside the bag with an apple in it. But make sure that the central cup leaves are dry and there’s no water.

After that tie the top of the bag and keep it in a shadowy place with the ripe apple in it for 7-10 days. Then remove the plastic bag and wait till 6-14 weeks, in the plant will start blooming.

Using Ethylene has is the second way of forcing a Bromeliad plant to bloom fast.

You can either use the same “apple in a bag” method as ethylene gas is produced from ripe apples or you can directly use liquid, gas, or crystal forms of ethylene. Know that the ethylene liquid form is better.

Just dilute liquid ethylene with water and spray the mixture on the top of the Bromeliad plant. Keep in mind that, you cannot use the mixture after more than four hours. 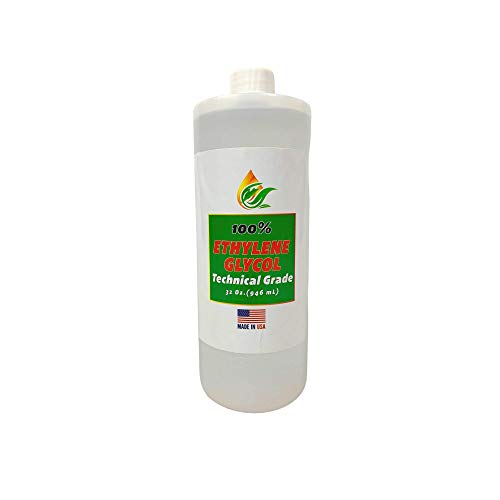 Apply a fertilizer containing nitrogen 3.0, phosphorus 8.0, and potassium 25.0 plus trace components. Because this combination will make the Bromeliad plant stressed enough to develop a colorful bloom faster.

You can use these force methods on pups too but the pups should be matured enough and half of the size of their mother plant to react to these force blooming methods. 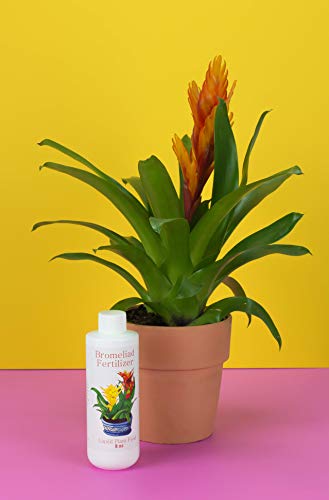 How To Take Care For A Bromeliad After It Blooms?

To begin taking care of a Bromeliad plant after it’s done with blooming, you got to start with cutting the bloomed flower off of the mother plant. And to remove the dried flower, use a sterilized sharp knife or a pair of pruning shears.

Then, use a soft and damp cloth to clean the plant’s leaves and keep the mother plant under filtered bright sunlight regardless it’s an indoor plant or outdoor.

Also, you must fertilize the mother plant once every 3 to 4 weeks with a liquid fertilizer. But the fertilizer must be diluted to half of its strength and the diluted fertilizer directly in the tank of the plant.

Besides, water the Bromeliad plant with lukewarm water by pouring it directly in the central cup once every 1 to 2 weeks.

How To Take Care For A Bromeliad Bloom?

Begin taking care of a Bromeliad blooming flower by providing the mother plant with its necessary requirements.

What To Do With A Bromeliad After The Bloom Has Dried?

You should remove the Bromeliad flower by using a sterilized sharp knife or a pair of pruning shears after the bloom has dried. Because cutting away the Bromeliad bloom will allow the mother plant to prepare itself to focus its energy on the Bromeliad pups.

Also, you must take care of the Bromeliad plant more carefully than before to get good quality Bromeliad pups.

Will Bromeliad Grow Back?

Bromeliad, specifically to say the mother Bromeliad plant will not grow back. Rather after blooming fully for a season, the mother plant will prepare itself for the second cycle of the rest of the lifetime.

However, the Bromeliad pups will grow and blossom year-round.

How Fast Do Bromeliad Pups Grow?

A Bromeliad pup will grow within 1-3 years old. But many cultivators want them to bloom faster so they quicker the process of growing Bromeliad pups by adopting forcing bloom methods.

Therefore, many Bromeliad pups just reach their maturity by one year or within one year.

How Long Does It Take A Bromeliad Pup To Bloom?

Generally, a Bromeliad pup will take about 18 months on average to bloom but it still depends on the varsity and the cultivator.

However, as long as a Bromeliad pup has reached 1/3-1/2 of the size of its mother plant, it will bloom.

How Many Pups Does A Bromeliad Produce?

As long as the mother plant is a healthy one, it’s capable of produce three to four healthy Bromeliad pups. Sometimes the number of Bromeliad pups can be multiple as well as Bromeliads produce pups through an asexual reproduction system.

Can Bromeliads Grow in Sun or Shade?

How Do Bromeliads Survive in the Rainforest?

Why Is My Bromeliad Losing Color?

Are Bromeliads Perennials or Annuals?