Moths often seem very dusty. But the reason behind it is not a mystery. Because of their scales, the body of moths seems quite dusty.

Here, we will elaborately discuss various aspects associated with the dusty bodies of moths and analyze the reason behind them. So let’s read on to find out more about it.

Why are moths dusty?

Moths are dusty because their bodies are covered in scales, much like that of fish only it appears to be quite dusty. That said, the scales in the bodies of moths are much less robust. So they come off when rubbed roughly. All these factors contribute to the dusty body of moths.

If you accidentally touch a moth at night, it will seem like you touched dust. The dust that appears to be on the body of the moth is actually small scales.

You should not try to rub the dust off of the moth’s body because it will end up hurting the moth instead of helping him.

The bodies of moths are very rusty for several reasons. The primary reason is, their bodies are covered with scales.

These scales, due to their unique feature, seem to be dusty. Moths have scales on their bodies.

It is a lot like that of fish. But the difference is that their scales are much less robust. It seems like they will come off if peeled or pulled too hard.

In addition, the scales have a smooth texture which makes them look dusty. The scales actually look like very tiny hair. It covers them up and keeps them warm during various seasons which is essential for their lifestyle.

Moths are awake for most of the night, so they need the scales to keep them warm. The scales help them insulate as well.

In addition, the scales are designed to allow the moths to blend with nature. It is their camouflage.

The scales on the bodies of moths are of mute colors, which helps them blend right in. These dull and dusty scales help the moths to hide and sleep during the day.

In addition, the scales of moths are their identifiable feature. Males and females have different color patterns and their colored scales are what help them identify their mate.

If you come across a moth, do not rub its scales, even by accident. Their scales come off easily. And although it will not prevent them from flying, the moths that lose scales will have a hard time finding a mate for themselves.

What is the dusty stuff on moths?

The dusty stuff on moths is their scales. The bodies of moths are covered with tiny hair that seems to be quite dusty because of their smooth texture and mute colors.

Moths have a sleep cycle that compels them to sleep during the day and hunt during the night.

So they have their guard down during the day, which means they need a nice cover to find a safe spot to rest. Their scales offer them that security.

Curious people often wonder what is the dusty stuff on moths. Some even rub on the dusty to further understand what it might be. But you should not rub on their scales as they come off very easily.

Are moths wings made of dust?

No, moths’ wings are not made of dust. But they appear like they are made of dust because their bodies are covered with tiny hair.

These hair or scales have a very smooth surface and dusty texture, making it seem like moths are made of dust.

These scales are much like that in the wings of butterflies. Even butterflies have wings that seem like they are made of dust.

But in reality, these wings are covered with modified hair that is meant to protect them from the elements of nature and to keep them warm.

Moths belong to the order Lepidoptera. The insects in this order have wings that are scaled and look like they are covered in dust.

The wings of moths are made of layers of chitin. It is a hardened protein that makes the outside of their body as well.

Is moth wing dust poisonous? Are moths dangerous to humans?

It will cause them to lose a lot of their scales, which in turn will weaken their defence mechanism and ability to hide in nature.

Can moth dust harm your eyes or make you blind?

No, moth dust will not harm your eyes or make you blind. But they will definitely hurt your eyes if you get any scales into your eyes by accident.

The dust-like particle that comes off of the body of moths are scales. These scales are made of a hardened protein named chitin. Chitin has the potential to hurt your retina and pupil.

The scales of moths have the potential to hurt your eyes because they contain some harmful bacteria.

But you should be careful when you’re around moths because if you accidentally get too many scales into your eyes, you will hurt your eyes very badly. It may even cause blindness in some crucial cases.

What happens if you touch a moth’s wings? Do they turn to dust?

If you touch moths’ wings, they are likely to come off very easily. Moths have wings that are made of scales. These scales are made of chitin, which is a kind of hardened protein.

These scales come off very easily. Moths belong to the order called Lepidoptera, where butterflies also belong. These insects have wings that seem to be covered with dust.

Another common feature of moths’ wings is that they can be rubbed off of their bodies very easily. They do not turn to dust, though. The scales will fall off causing much trouble for the moths.

Moths use their scales to cover and insulate their bodies. Their scales keep them warm during the night. In addition, these scales help them camouflage in nature. So if their scales fall off, moths will be in trouble.

How to get rid of moths in the house?

To get rid of moths, you will have to follow these steps:

You can get rid of moths by sprinkling cedar in your house. Moth infestation can be a very troublesome one. They can cause huge inconvenience for you.

You can get rid of moths by using cedar. Put cedar oil in a spray bottle and sprinkle it around the areas where you suspect moth infestation. It will not only help you get rid of not but also insects.

Sticky traps will trap moths. You will need to cover the sticky trap with something that would attract moths, such as moth pheromones. 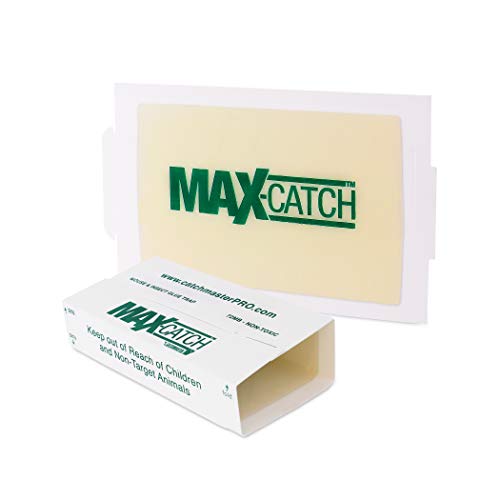 Using vinegar is also a very effective way of getting rid of moths. You can use vinegar to wash, scrub and sprinkle in the areas that are infested with moths.

Mix equal parts of water and vinegar and put it in a spray. This process is especially helpful in getting rid of moths in their larvae stage.

You can also call for professional help to get rid of moths. There are various pest control services that will help you get rid of moths. You should obviously consider this method if you notice a serious infestation.

You should get rid of moths before the infestation gets out of hand.

But if the infestation is too severe and seems out of control, you should definitely consider calling professional help to get the job done efficiently.

The bodies of moths are covered with modified hair, otherwise known as scales. This hair feels like dust and comes off very easily if you rub them. The hair on moths’ bodies protects them from the elements of nature and helps them survive. It also keeps them warm and insulated.