Deer are known for being a beautiful animal in the animal world. But they can also become a nuisance by causing problems in your garden.

Deer can often be seen eating many different vegetables and flowers in the garden. Today, we are going to discuss and find out whether deer eat poppies or not.

Deer are not known for eating poppy flowers. The reason behind this is the taste of poppy flowers. Poppy flowers do not taste good to deer according to gardening experts. Moreover, poppies are grown in the garden as a deer resistant plant. Because deer avoid eating them due to the toxicity.

Let’s look at different kinds of poppies and see if deer eat them.

The scientific name of iceland poppies is papaver nudicaule. This variety of poppy flower is known for producing bright yellow and orange blossoms. But deer do not feel attracted to the beautiful blossoms of iceland poppies because of their toxicity.

However, deer do not indulge themselves in eating wood poppies because of the toxic effect they have on deer. Planting wood poppies in the garden can be a good ploy to repel deer as they are known for being a deer resistant plant.

Eschscholzia californica is the scientific name of california poppies. This type of poppy flowers is known for producing orange blossoms that can attract butterflies and birds.

But deer are not attracted to the blossoms of california poppies as they are not able to digest them because of their toxicity. Most of the time, gardeners grow california puppies in their garden to keep deer away.

The scientific name of oriental puppies is papaver orientale. Oriental poppies are known for producing beautiful orange and red blossoms. They are great at attracting many birds and butterflies.

But deer have a tendency to stay away from oriental poppies due to their toxicity. Oriental poppies can be used as a deer resistant plant in the garden to keep deer away.

This variety of poppy flowers is great at producing beautiful yellow blossoms. April, May, and June is considered as the blooming time of celandine poppy flowers.

But even after possessing all these features, celandine poppy flowers fail to grab the attention of deer. Deer are intelligent enough to know the danger that comes with eating celandine poppy.

Celandine poppy flowers have no nutritional value needed for the growth of deer. Rather they stay away from gardens that have celandine poppy to be safe.

Eating celandine poppies hampers the health of deer. So deer are good at keeping themselves away from celandine poppy flower and its plant. Celandine poppy is good when it comes to deterring deer from the gardens.

Deer do not like to eat poppies at all. The reason behind this is the taste of poppy flowers.

Poppy flowers do not taste good to the taste buds of poppy flowers. The only time deer will eat poppy flowers is when there no other source of food available for them.

Once deer find out that poopy flowers are not tasty, deer tend to stay away from eating poppy flowers ever again. Apart from the taste of poppy flowers, they can also cause toxic reactions inside deer.

The digestive system of deer is not strong enough to handle the poisonous effects of poppy flowers.

It is believed by gardening experts that poppies are a deer-resistant plant. There are many evidences that point toward poppies being a successful deer repellent plant. It has been noticed that deer tend to stay away from gardens with poppy plants.

The reason behind this is the toxicity of poppy flowers. Poppy flowers are known for being very toxic to deer. It does not hold any nutritional value for deer and can be detrimental to the health of deer.

Planting poppy plants along the perimeter of your garden can make it deer-proof. Deer often perceive poppy flowers as being dangerous to them and develop the habit of staying away from them at all cost.

Both the flowers and seeds of poppy are known for being deer resistant. If the petals and leaves of poppy flowers are consumed by deer, then it will create a strong enough toxic reaction inside the body of deer to make them sick.

The toxicity of poppy flowers make them an effective deer-resistant plant.

On the other hand, the seeds of poppy plants are also toxic for deer and can cause serious health problems if deer manage to eat them.

Gardening experts all over the world suggest you to plant the seeds of poppy plants in the garden to keep deer away. When the seeds turn into fully grown poppy flowers, poppies are more effective as a deer-resistant plant.

The poppy flowers and seeds are good at repelling deer because of their deer-resistant ability. Deer will not come into your garden if you have poppy seeds and flowers in the garden.

There are a lot of reasons why poppies are successful at keeping deer away. Let’s discuss in detail about what makes poppies deer resistant.

The major feature of poppies as a deer-resistant plant is its poisonous nature. Poppies are capable of creating a poisonous reaction in the digestive system of the deer if it eats them on a regular basis.

Deer are not strong enough to fight off the poisonous elements of the poppy flower and its plant.

Deer consider poppy flower and its plant as dangerous for their existence. The toxicity of poppy flowers are powerful enough to cause the demise of deer.

Deer have the intelligence to realize the dangers of poppies. That is why deer are seen staying away from gardens that have poppy plants.

There are other sources of food available for deer and deer are focused on eating them rather than poppy flower and its plant.

How to keep deer away from poppies?

Keeping deer away from poppy flower and its plant might seem like a daunting task if you have no prior experience regarding the matter. However, there are some steps and methods you can follow accomplish the task. Let’s discuss in detail about them.

The best way to keep deer away from your garden is by building protective barriers around the perimeter of your garden.

Gardeners generally put up a tall fence around their garden to make it difficult for deer to get into the garden. If you have enough protective barriers around the garden, then the deer will find it difficult to damage your poppy flowers.

You can also attach barbed wires on your fence to make it more deer proof. Deer will stay away from jumping over the fence if they notice the barbed wires to avoid injuries. 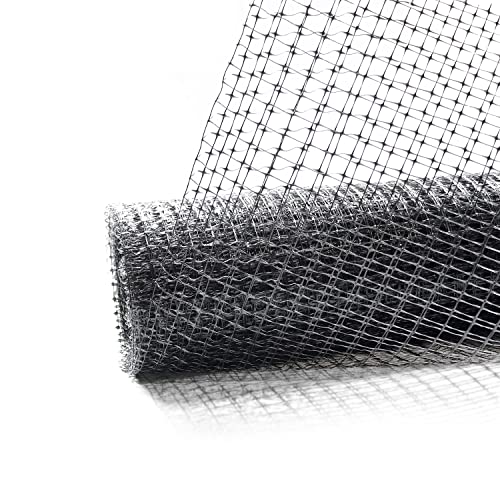 You can deer proof your poppy flowers by spraying deer repellent spray on the entire poppy plant. Deer will stay away from your poppy plant if it smells bad.

Deer will not able to go near the poppy flowers because of the smell emitted by irish spring soap.

Deer are not able to eat poppy flower because of the toxic effects it has on them. The digestive system of deer does not allow them to consume poppy flower. Poppy flower is not known for being a source of food for deer and rather works well as a deer resistant plant.